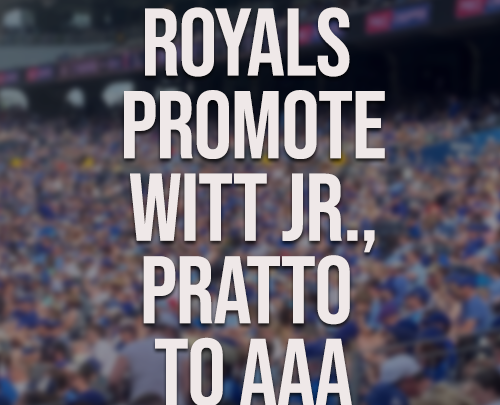 After being selected number two overall in the 2019 MLB Draft, shortstop Bobby Witt Jr. has had a great start to his young career. In 60 games, Witt has a slash line of .292/.367/.564 with 16 home runs, and Baseball America has ranked him the number eight overall prospect in the minor leagues.

Pratto, the 14th overall selection in the 2017 MLB Draft, has had a major bounce back after a fairly slow start to his career. In 60 games this season, the first baseman has a slash line of .273/.405/.978, along with 15 home runs. Additionally, Pratto has just one defensive error to his name.

This move is extremely significant for the Royals organization. Both Witt Jr. and Pratto are key components to the major league team’s future, and both players are living up to, and even exceeding, expectations in 2021.

If both players can find success with the Omaha Storm Chasers, it is reasonable to think they could be on the field in Kansas City in September. A lot would have to happen for that to become reality, but both players have proven their standing this season.