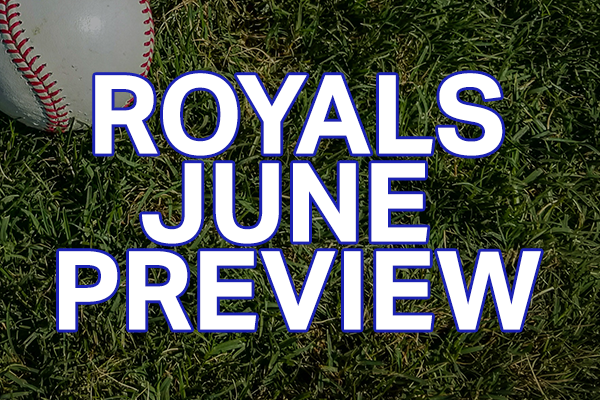 The Kansas City Royals (26-26) enter the month of June with a .500 record. The Royals find themselves just 2.5 games out of the final Wild Card spot.

Kansas City will open the month of June be finishing a two-game set with the Pirates, followed by a four-game series with the Twins. Kansas City will then hit the road for a 7-game West Coast trip with the Angels and A’s before returning home to face the Tigers and Red Sox.

In all, Kansas City will play just 11 home games in June, eight of which will come against teams with losing records.

Pitching at a Glance

Kansas City’s pitching staff has done its job through 52 games despite key injuries to Kyle Zimmer, Josh Staumont and Danny Duffy. Zimmer was one of Kansas City’s most reliable arms before an injury forced him to miss a few weeks, while Duffy was among the league leaders in ERA before going on the IL with a forearm strain. Staumont just recently went on the IL with a knee strain, as well.

From a starting pitching standpoint, Brad Keller and Mike Minor have been very solid of late, and Kris Bubic has provided a big spark to the rotation after starting the season at AAA. Overall, Kansas City’s pitching staff has been good, but the Royals could take a big step forward if the staff can limit walks. Their 211 walks are the fourth-most in the majors this season.

Hitting at a Glance

Kansas City’s bats went ice cold for a time in the month of May, leading to a long 11-game losing streak for the team. The team has picked it up at the plate recently, though, averaging 6.5 runs per game over their last four games heading into June.

Much of Kansas City’s success of late can be attributed to the return of Adalberto Mondesi, who is batting .360 with five extra base hits in his first seven games since coming off the injured list. His presence in the lineup has sparked others as well, including Whit Merrifield and Carlos Santana.

There are a lot of factors that will lead to success for the Royals in June, but the most important is the health of Adalberto Mondesi. Mondesi has been a lightning rod since returning from an oblique injury, showing the same flashes of stardom that he showed at the tail end of the shortened 2020 season. If he can stay healthy and prove to be a pivotal, consistent piece of the lineup, the offense should be strong moving forward.