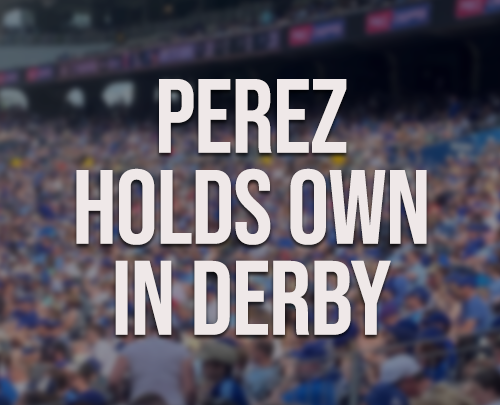 Royals all-star catcher Salvador Perez put on a show at the Home Run Derby, smashing 28 homers in round one. His 28 home runs were the most ever for a catcher in the event, and second-most in the first round in Monday’s derby.

Unfortunately for Perez, he was up against eventual champion Pete Alonzo, who hit a derby record 35 home runs in the first round. Despite hitting 28 home runs, enough to defeat the other six participants, Perez missed out on a chance to advance to the second round.

Though Perez did not get to advance past round one, he still indicated that he had a great time and fulfilled a lifelong dream.

Perez, who also made his seventh all-star appearance and sixth start overall, will look to continue his hot start to the season in the second half.

If you want to see Perez, fellow all-star Whit Merrifield and the rest of the Royals this season at The K, check out Tickets For Less. With no taxes or per-ticket service fees on your order, you can save big money. | TICKETS