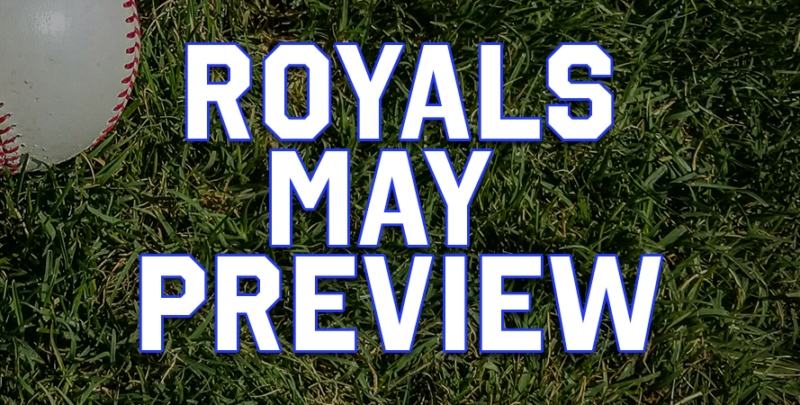 The Kansas City Royals enter the month of May with a winning record for the first time since 2016. At 15-9, Kansas City finds themselves in first place in the division. Follow along for a glance at the Royals season thus far, as well as a preview of May.

The month of May will be a big one for Kansas City, with 22 of 27 games coming against division opponents. If the Royals can continue their early success, they will set themselves up for a very fun summer. It starts with finishing the final two games of a 3-game set in Minnesota, then Kansas City returns home for a seven game homestand against Cleveland and Chicago.

Pitching at a Glance

Kansas City’s pitching has been strong overall thus far. In order to maintain its early success, the Royals need to continue to get support from the pitching staff. Danny Duffy has been stellar through four starts, with the trio of Josh Staumont, Scott Barlow and Jake Brentz getting it done in the bullpen.

Hitting at a Glance

Despite the hot start, Kansas City’s offense has not performed up to their potential just yet. Whit Merrifield got off to a blazing start, but has cooled a bit over the past 10 games. On the flip side, Carlos Santana has heated up considerably after a rough start in the early going.

Overall, Kansas City’s offense has done just enough, but will need to pick things up in order to keep the Royals in first place in May. While the Royals will likely go another 4-6 weeks without Adalberto Mondesi in the lineup, things are looking up with Jorge Soler and Hunter Dozier showing signs of heating up.

Keys to May at a Glance

With 22 of 27 games coming against division opponents, it will be very important for Kansas City to have another winning month. Their upcoming home stand from May 3-9 will be a big early season test. The Royals host Cleveland from May 3-6, followed by a weekend series with the White Sox. | TICKETS WITH NO SERVICE FEES

The team should receive a big boost as the Royals announced that fan attendance will increase to up to 17,400 fans at The K in May. That is up from the allotted 10,000 in April home games. The added fans could give the Royals a nice boost as they take on two tough division opponents in early May. | Kauffman Stadium Safety Guidelines

Another key series will be the May 14-16 series in Chicago. The series will begin with a double header on Friday, May 14, with single games slated for Saturday and Sunday. Anything can happen with the new 7-inning rule for double headers, but it will be important for Kansas City to at least split that series.

Overall, Kansas City has put themselves in a great place by having a successful month of April, and it will be fun to see what this team can do in May.