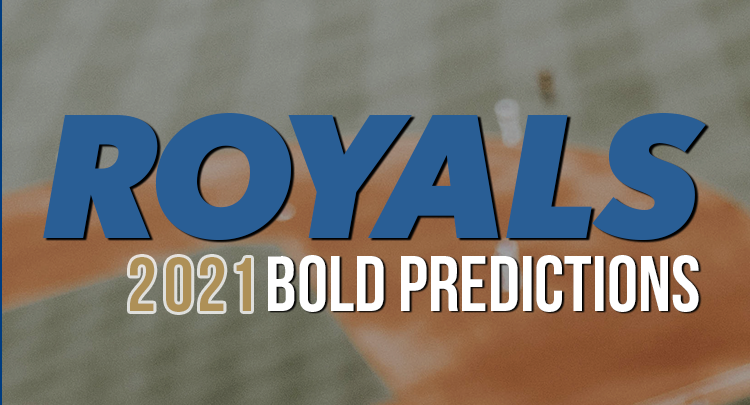 As the 2021 baseball season nears, Royals fans have a lot to look forward to. The team went out in the offseason and added proven talent and they also have multiple young prospects knocking on the door of the big leagues. Optimism in Kansas City hasn’t been this high since the team went to back-to-back Fall Classics in 2014 and 2015.

Royals tickets are on sale now, with fans set to return to Kauffman Stadium for the first time since the end of the 2019 season.

Below you will find our list of 10 bold predictions for the 2021 Kansas City Royals. From unlikely breakout performances to another all-star worthy season from a couple fan favorites, this list is sure to get you excited for baseball in Kansas City.

While it may not seem like we are going out on a limb here, Perez still has a little bit to prove after missing all of 2019 due to injury and playing just 37 games in a weird 2020 for all of baseball. Obviously Perez showed a lot in 37 games last season, batting .333 with 11 home runs en route to a Silver Slugger award, so it seems pretty obvious he should be able to return to his all-star form in 2021.

The Royals made a big splash in landing Benintendi from the Red Sox this offseason. The 26-year-old is set to fill the void left by Alex Gordon in left field for the Royals, which is no easy task. After missing most of 2020 with an injury, a change of scenery might be just what the doctor ordered for Benintendi, who we see as being a perfect fit at Kauffman Stadium. Look for him to steady the lineup with great plate discipline, drawing walks and peppering the ball all around The K.

This is our first extremely bold prediction on the list, but for some reason it just feels right. The Royals have a lineup that fans have right to be excited about, and the pitching staff as a whole has potential to grade out in the top half.

Kansas City has a strong nucleus built around Salvador Perez, Jorge Soler and Whit Merrifield, and with the addition of proven hitters in Benintendi and Carlos Santana the lineup is solid. With the likes of Bobby Witt, Jr. and Kyle Isbel knocking on the door of the bigs on the offensive side and the multitude of young pitching talent KC has in the minor leagues, 2021 could be an extremely exciting year for Royals fans.

4. Brad Keller will lead the Royals in wins

Brad Keller is set to start the opener for the Royals in 2021, and for good reason. Keller was great in 2020, finishing with a 5-3 record and a 2.47 ERA in nine starts. His career ERA is just 3.50 over his first 68 games, including 57 starts and despite entering his fourth season with KC, he’s still just 25 years old.

Keller should benefit from a more potent Royals lineup, setting him up to have a career year. If he can replicate his 2020 production across a full season in 2021, Keller should be in line for career bests across all statistical categories.

Bobby Witt Jr. wowed Royals fans with a red-hot Spring Training, but he won’t be breaking camp on the Royals opening day roster. Something tells us that Witt Jr. won’t be in the minor leagues for long, though.

It seems that the Royals are taking a safer approach with Witt Jr. since he has not yet had a full season of minor league baseball under his belt. The 20-year-old played instructional ball after being drafted in 2019, but was held back due to the 2020 season being canceled.

The Royals entered spring training with their starting pitching all but figured out: Brad Keller, Mike Minor, Danny Duffy, Brady Singer and Kris Bubic with Jakob Junis moving to a swing-man role in 2021. That could still potentially be the case for the most part, but KC sent Bubic to the minor league camp midway through the spring.

Bubic’s demotion could have simply been a strategic move with Kansas City not necessarily needing a fifth starter over the first couple weeks of the regular season, but look for Jakob Junis to be more than just a spot starter for this team. Junis has looked solid this spring, and with Singer and Bubic both likely on innings limits after making just 19 combined starts in 2020, he is the logical choice to fill in. Junis led the Royals in wins and innings pitched in 2019 before struggling some in the short season a year ago.

Jorge Soler is entering his fifth season with Kansas City, and there’s a chance that 2021 could be his best yet. That is saying a lot considering he hit 48 home runs and drove in 117 runs in 2019, but there is plenty of telling evidence.

With a lineup that now includes Merrifield, Benintendi, Mondesi, Carlos Santana and Salvador Perez, Soler will enjoy protection that he hasn’t had before in Kansas City. That lineup protection should mean Soler will feel comfortable being more selective and hunting for his pitch. It should also force pitchers to give him more to hit.

8. Greg Holland will save 30 games for KC

What is this, 2014? Greg Holland is entering the second season of his second stint with the Royals and all signs point to him starting the season as the team’s closer. Holland appeared in 28 games in 2020, finishing with a 1.91 ERA and six saves.

While Holland has just 26 saves in the last three seasons combined, the Royals seem to have helped revitalize the 35-year-old’s career. If Holland can stay healthy and stay in the role, he should get plenty of opportunities to close out games this season.

Royals fans have heard all of the Mondesi hype for years, but the talent is certainly there. He has shown flashes of brilliance in his first five seasons in Kansas City, and 2021 feels like a make or break season. Mondesi struggled to open 2020, but was one of the best players in baseball over the final six weeks of the shortened season.

If Mondesi can figure out how to limit dry spells and consistently stay healthy, the sky is the limit. He has the talent to be a 30 homer, 30 stolen base-type player, but his biggest attribute is his speed. If he can limit strikeouts and put the ball in play more often, watch out!

With all of the buzz and attention around Bobby Witt Jr., one prospect who has been overlooked a bit this spring is Kyle Isbel. The 24-year-old outfielder has been solid in right field for the Royals through 20 spring games, batting .314 with on OBP near .400.

Isbel has an outside chance of making the big league roster to start the season, which nobody saw coming at the start of camp. Isbel is currently the No. 5 prospect in the Royals system, and could become the team’s starting right fielder in 2021. If that were the case, here’s what the lineup could look like early on:

You have to imagine that would be a welcome sight for Royals fans!

There you have it. Our 10 bold predictions for the 2021 Kansas City Royals baseball season. Hopefully you can head out to Kauffman Stadium and take in a few games this season.

We would love to hear your thoughts on our list. What do you agree with? Does anything sound too crazy? What are your predictions? Feel free to leave your comments below.