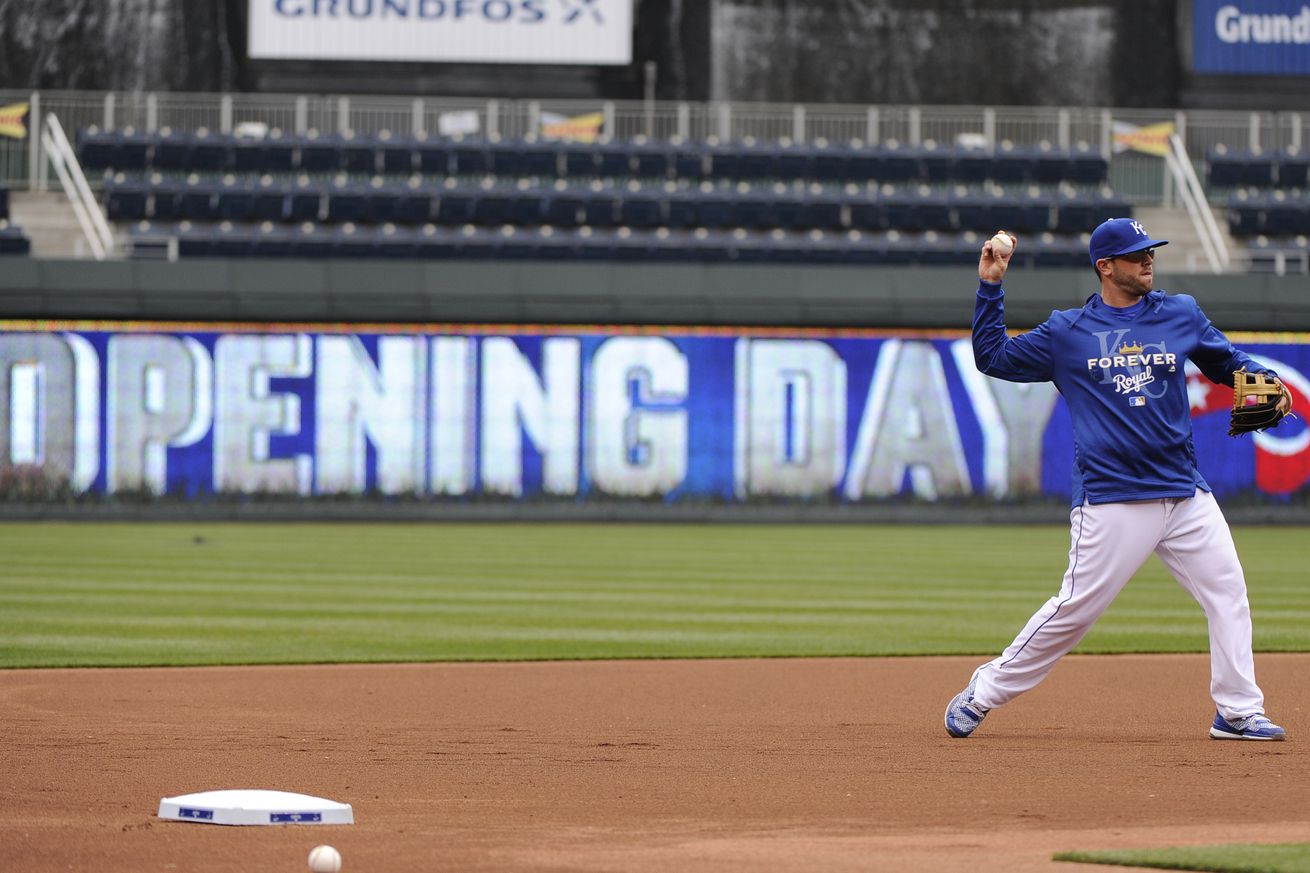 For Ned Yost and the Kansas City Royals, this winning thing has become a fine tuned machine.  As heard on Between the Lines, Ned Yost says he isn’t changing his ways as to how he approaches a season, even after winning a World Series. I brought up other coaches in sports, and how some coaches may decide to do things differently or take more chances coming off a championship. He wasn’t buying it, says it doesn’t relate to baseball. A Super Bowl winning coach is more likely to go for it on fourth down or try a two point conversion at an unusual time to gain an edge.  But that may be hard to do in baseball.  If the Royals get to the postseason, maybe that changes.  Maybe the Royals become even more daring.  More aggressive.  But watching them the past two years, it’s hard to see how.  This team plays the game with a flare few others teams possess and it’s a major reason why its so easy for fans to root for these guys.

We learned that Jarrod Dyson has an oblique injury and will be out of commission for at least five weeks. The position in right field was already up for grabs, according to Ned, and with Dyson out, the opening day spot becomes even more up for grabs as Dyson was near the top of the list. Paulo Orlando was probably the favorite to get the nod opening day, but Ned says he will look at right field with an open mind.

Possible other candidates include Brett Eibner, Jose Martinez, Reymond Fuentes, Travis Snider, and even Bubba Starling. Royals fans have been more than patient with Starling, who they thought would be more progressed than he is. This is really the only hole in the lineup, as this organization did a great job in the offseason. Second base will hopefully see a familiar face with a healthy Omar Infante, although we would like to see World Series hero Christian Colon get some more game time at 2B.

After being around the Cactus league the past few days, there is no doubt this has become a destination for Royals fans, even more so than last year. The fan turnout has been fantastic, and people have come from Kansas City in masses and are really excited. The team seems to be business as usual as well, other than having to try on ring sizes. I asked Ned if he knew about the Cespedes nonsense with him showing up to practice in $300,000 sports cars and on a horse. He says “that’s not our guys.”

Could you imagine if the Royals had done that after losing in the World Series last year?  What a joke.

The Royals are 0-2 so far in the cactus league, which means very little. Especially with the lineup Ned rolled out there today. Seems like he’s letting his guys ease back into things after a short, celebrated offseason. The only downfall of winning the World Series is you lose about a month of golfing and fishing in the offseason that most clubs get.  First world problems.  This team will be ready to go in a month, but they also know they have a month.  Easing into this is the prudent thing.

If you aren’t able to take the family to Phoenix this month, it won’t be much longer and FSKC will begin broadcasting games on March 12. Still haven’t pulled the string on opening day tickets yet? Give Tickets For Less a call and they will have you covered!