Lions and tigers and bears, oh my! There were no lions, the Royals already knocked off the Detroit Tigers this year, but a bear ran through a Champagne celebration. Only in Kansas, Dorothy. Make that Kansas City.

The Royals danced and partied on four occasions in 2014 and once so far this season, after clinching the American League Central title. I have a few simple rules on these situations. First, no goggles. It’s a cool look on players but a sports reporter does not need the protection. Second, no poncho, rain gear or garbage bag needed. Also a horrible look and guess what? The suits actually do survive after a trip to the dry cleaners, although my wallet keeps taking a pounding (thank you Salvador Perez). Finally, have fun. Games nearly every day for six months make for a grueling schedule. Few teams play in the postseason so each step forward deserves a blowout bash. 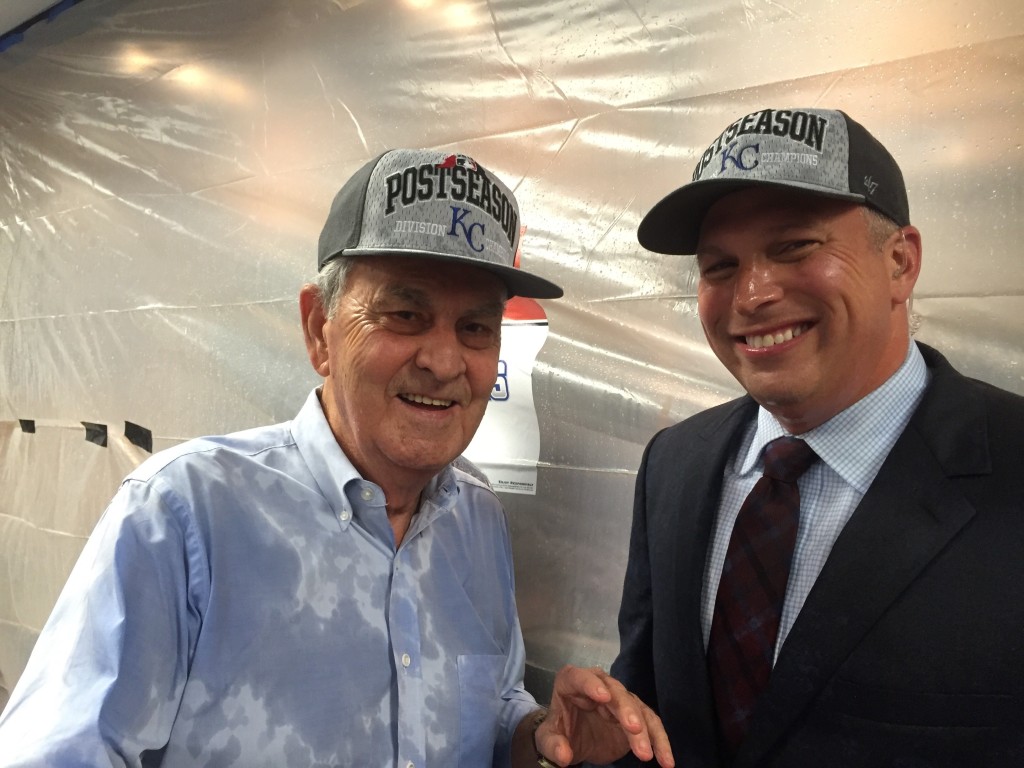 Three moments stood out to me during my most recent interviews. I enjoyed owner David Glass’s knowledge and humorous personality. When I mentioned to him that there’s nothing quite like winning, Glass pointed out, “The alternative is really bad and losing is for losers.” He also took one parting shot at the experts, with a slight grin, saying, “I read that were going to win 72 games, and we did. A long time ago.”

My second moment included a conversation with pitcher Yordano Ventura, who gathered the courage to conduct the interview in English, a language he’s working hard to learn. That takes courage and trust and I chose to reward him by pouring Champagne over his head on live television. His response was classic. “Oh really?” 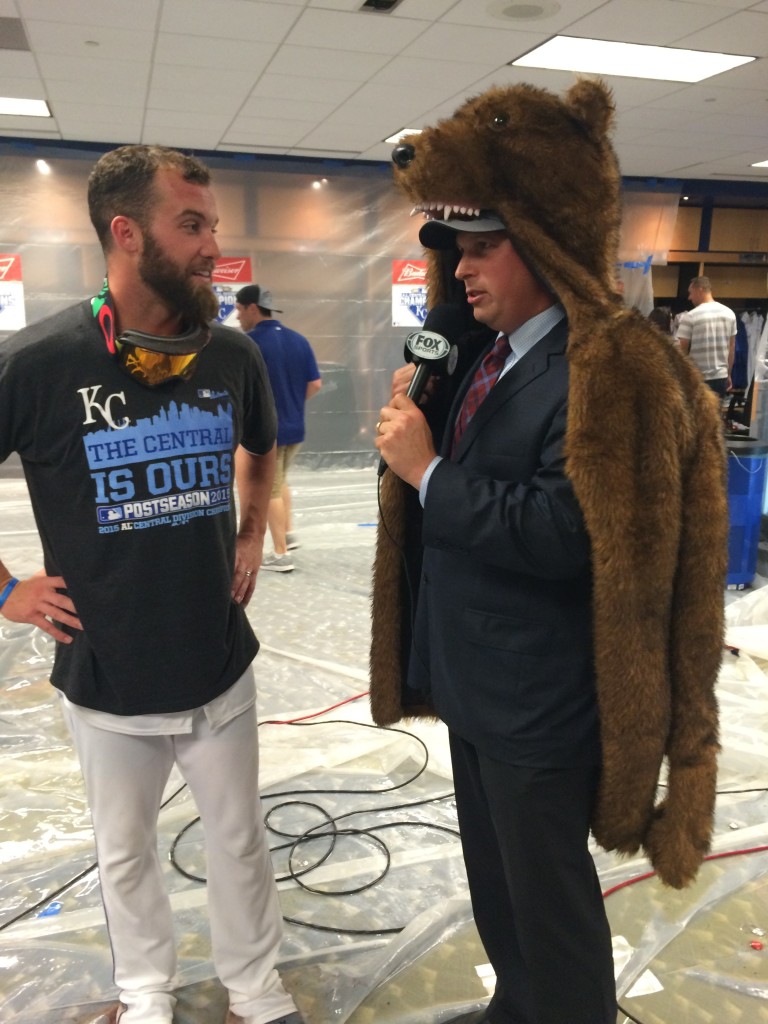 Finally, Danny Duffy, who reminded the viewing audience that lefties can truly be different. More than a month until Halloween, yet Duffy donned a costume. So I asked the pitcher, Academy Award red-carpet style, what he was wearing. Duffy paused a second, broke out a huge smile and matter of factly said, “A bear suit. I’m wearing a bear suit , Joel.” He went on to say he had to do it for the boys, as if the Champagne flying throughout the clubhouse wasn’t enough.

My drenched suit returned good as new from the cleaners the other day. I assume the bear suit did not receive a washing. It has no name, Duffy says. He did let me try it on. Also a bad look for a reporter, but Duffy hopes it makes another appearance. Perhaps, after the Royals take another step towards their ultimate goal of winning a World Series.