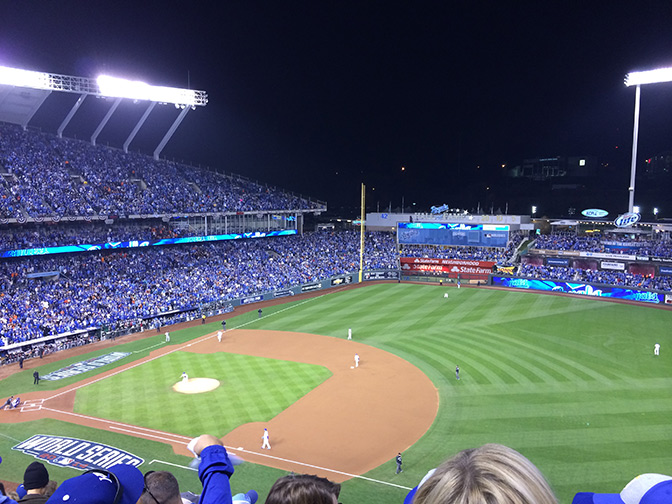 Marathon complete, time to sprint.  Only ten teams finished the big race known as the Major League Baseball regular season still standing.  That group of survivors immediately became eight thanks to the dramatic and perhaps unfair one-game wildcard (a debate for another day).  The fun now begins.  Baseball, unlike any other sport, requires patience.  A month’s worth of games in the majors is roughly the equivalent to 2-3 NFL contests.  A manager must strategize for the long haul over 162 games, taking into account minor injuries, rest, matchups and so much more.  This changes in October, where playoff baseball will take 12-20 games for a team to win the World Series.  The Kansas City Royals last year went 11-4, being Bumgarnered (that’s a word, albeit a bad one in my house) in game 7.

Every moment now truly matters.  Every pitch, every roster move, every strategic decision is under the microscope.  There’s a saying that speed and defense never slump, and that’s what makes the Royals dangerous.  Gold Glove caliber defenders at six positions could be the difference in a game.  World-class speed from Jarrod Dyson and Terrance Gore might just win a game.  Past history could be significant, but not necessarily.  Last year the Giants came to Kauffman Stadium in August and I will forever remember a player on San Francisco privately telling me he expected the Royals to sweep the series because his team was struggling.  The Royals did indeed win all three games, but went on to lose game seven at home a couple of months later.  Which brings me to home field advantage.  Important? Yes.  Vital?  No.  The team with the best regular season record in the American League has qualified for the World Series in just two of the last nine years.  With that said, the Royals would rather play at “The K” more times than not. 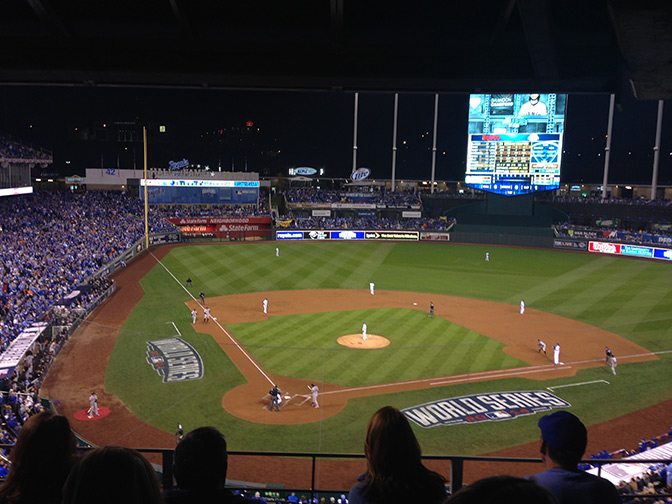 My broadcast partner Jeff Montgomery refers to Kauffman Stadium as “The Magic Kingdom” and not because Walt Disney spent some of his childhood growing up in Kansas City.  This venue, with the beautiful fountains, has long been one of baseball’s crown jewels (pun intended) but a full stadium and an energetic one only makes it better.  So how important is atmosphere and home field advantage?  Scoring early at home can do wonders for a home playoff team.  The fans become engaged, the pressure shifts to the opponent and, in the Royals’ case, it becomes a race to pass the baton to baseball’s best bullpen.  The flip side is the visitor scores first and takes the life out of the stadium.  Of course, we learned last year in the Wildcard that this Royals team can never be counted out.

Prior to the 2015 playoffs, the Royals had only won two postseason games at home in their last at bat.  Who hit the walk-offs and who scored the winning runs makes for a solid trivia question.  Of course everyone will forever remember Salvador Perez’s 12th inning heroics to propel the Royals over the A’s, but years from now, how many will guess Christian Colon scored the winner?

The other occurrence took place in 1985.  On a team loaded with big names, Dane Iorg led the Royals to victory with a single to right field in game six of the World Series with pinch runner Onix Concepcion crossing the plate for the decisive run.  The playoffs are about unlikely heroes, key moments, cooling temperatures, late nights and family memories.  No guarantees or predictions of what might happen.  All I can do is give some simple advice.  Enjoy the ride and take some deep breaths.  Every moment now truly matters.