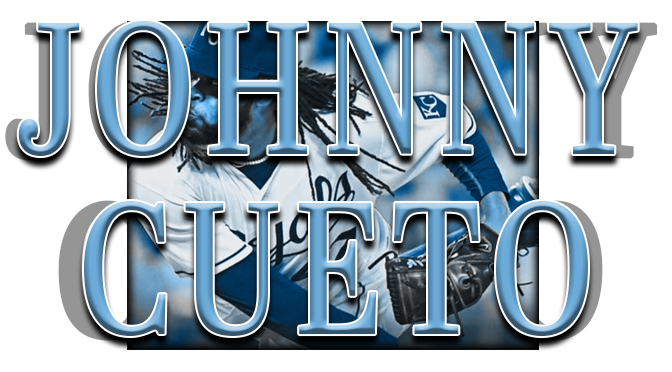 For the first time since joining the Kansas City Royals, ace Johnny Cueto took the mound at Kauffman stadium in front of a nearly packed house against the Detroit Tigers, a team which handed him his first loss as a Royal just a week ago.

This time, however, Cueto received early run support for his team, and with smiles and his highly entertaining multi-delivery to the mound, lit up the home crowd and put on display the type of pitching Royals front office and fans hoped they would get from the former Cincinnati Red.

The Tigers, who took 2-of-3 from Kansas City in Detroit, could never quite pick up Cueto’s often Houdini-like throwing motion.

Not only does the righty change his arm angle, but at times will have eye-catching pauses and hesitations in his movement towards the mound, which visibly upsets the timing of batters.

Tuesday, Tigers manager Brad Ausmus called Cueto’s unique delivery, “often illegal,” which could just as easily be the result of a manager frustrated with the less-than-stellar season from what was supposed to be a talented team. Instead, the Tigers are floundering in the American League Central, have traded away several major pieces to what they likely considered to be long-term stars, and have all but thrown up the white flag on the season.

Regardless, Cueto pitched a gem and fans in attendance and watching the national ESPN broadcast were able to once again feel the excitement of what could be for the Royals in the postseason.

With a 12-game lead in the division, KC is all but a lock to get in, and although guys like Lorenzo Cain–speaking to ESPN after the win–will say it’s not over yet, you’d be hard-pressed to find someone with knowledge and insight into the game that would tell you the Royals won’t make it.

Luckily for fans, this team doesn’t have the type of mentality to lose control of what they have worked so hard to obtain. After seasons of losing baseball, Alex Gordon, Mike Moustakas, Alcides Escobar, and Eric Hosmer, players that have grown up in the KC system, have worked tirelessly to achieve this level of success.

When you watch the Royals take the field, you never get the impression the team is anywhere else but engaged in what is happening in the moment.

Kansas City, between last season and this year, have shown to have the ability to fight through stretches of struggling offense and maintain their style of baseball and do what is necessary to walk away with wins.

Now at 67-44 on the year, Kansas City has positioned itself to the be the favorite heading into the playoffs. Although, some would suggest Toronto is making its case for a World Series run with the moves they made at the trade deadline, and even taking 3-of-4 from Kansas City during their current 11-1 stretch since their multiple signings.

With the Los Angeles Angels heading into town, the Royals will look to further their lead in the division, and continue to chip away at that magic number leading to a playoff and division clinch.

Haven’t purchases your seats for upcoming home games at Kauffman Stadium? Head to Tickets For Less, today, and choose from the best seats in the house at great prices with zero hidden fees. Ticket packages of all types are available today, so don’t miss out on your chance to see the boys in blue as they make their way toward another playoff run!